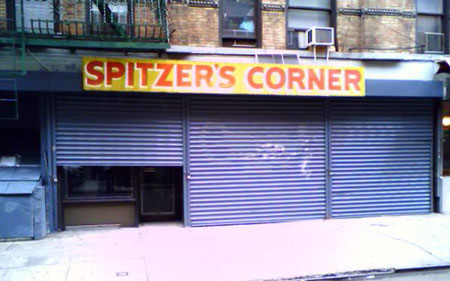 Lee Sanders, a top Executive at DMJM Harris, is the assumed top candidate to take over the MTA, however, he was just named to Governor Elect Spitzer’s transition team for transportation policy.  Does anyone else find it to be a problem that DMJM Harris has millions of dollars in contracts with the city for transportation?

Sanders has been the presumed candidate to replace MTA Chairman Peter Kalikow if he steps down.   Kalikow is supposed to hold the office for the next 6 years, and there isn’t really anything that Spitzer can do about it.  However, it is rumored that he may step down after the Second Avenue line funding is in place.  So, Sanders was expected to be the top man for that gig.

But now he is going to be co-chairing Spiter’s transition team for transportation.  In either case, is this a guy that should have this level of control over the city’s transit system considering that his firm has millions of dollars in transportation contracts?  Sure, he is probably very qualitifed since he obviously knows a bundle about mass transporation….but…..