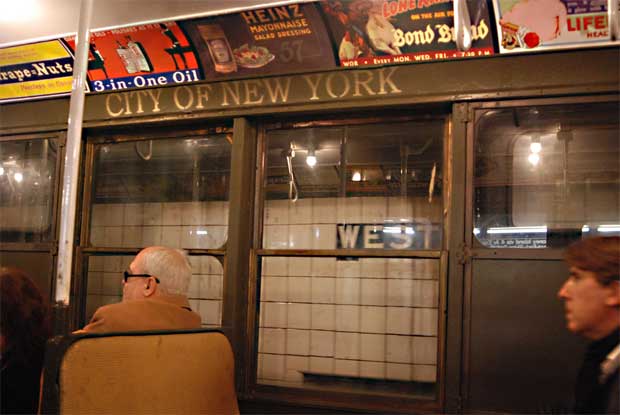 The nostalgia subway train ran to Yankee Stadium for the final game, but did you know that it is also the final season for Shea Stadium?  Haha.  Yankee Stadium is stealing spotlight bigtime.

Anyway, the MTA is going to run the nostalgia train out to Queens for the final Mets game at Shea Stadium.

The MTA sent me a press release with the details.

Fans, along with NYC Transit officials, will board the 7 train from the 42nd Street/Times Square Station shortly after 11 a.m. and arrive at Willets Point/Shea Stadium at around 12 noon.  A fitting way to pay tribute to the long standing stadium and the train that serviced it for 44 years.

Upon arrival at Willets Point, fans will be greated jams from the MTA’s Music Under New York program.  Yeah, Willets Point isn’t “under ground” but whatever, the music will be good.

So if you’ve never had a chance to ride the nostalgia train, now’s you chance.  Actually, it is probably the best time to hit because it is cool outside.  The nostalgia train has no air conditioning, so riding in the summer is a very sweaty experience.