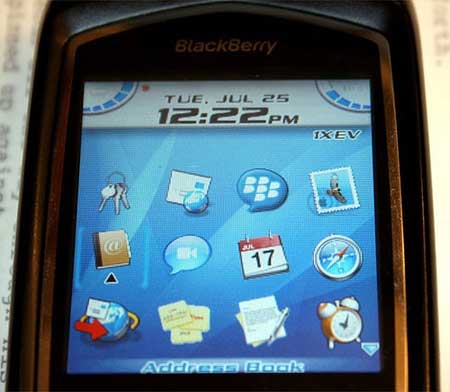 For once, it was not a MTA failure that caused drama in SUBWAYblogger’s morning commute. This time, it was BlackBerry!

As you may or may not be aware at this point, SUBWAYblogger writes most posts from the subway while actually riding the trains. Then, the posts are published remotely via BlackBerry.

BlackBerry had some major issues today. Most New Yorkers were without their hip-mounted friends for most of the day. Actually, the problem started around 8pm yesterday!

But I guess there’s worse things than a lack of subway related postings. The Canadian Parliament almost came to a screeching halt today. Politicians were throwing their handhelds against the wall.

Can you imagine Wall Street? People were probably wandering around like zombies, not knowing what to do with their lives!