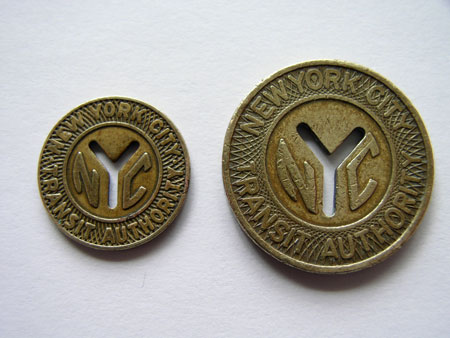 So the MTA wants to up the fares on our subways and trains because they believe the “surplus” well is about to dry up.  Well, ok…I guess we can deal with that.  We all know everything is getting more and more expensive these days, so I suppose a hike was in the cards.  However, it still bugs me that there was an enormous surplus one year, and the next we need to raise the rates?  Anyway, a fare hike…I can deal with it.

However, the part that is the real bitch is that they want to also start a reduction in service.  Not so much in eliminating lines or stops, but just fewer trains.  In other words, we will have to wait longer for each train to come.

“Under the proposal by the Metropolitan Transportation Authority, riders on many subway and bus lines would have to wait an additional one to five minutes during off-peak hours. Midday riders would wait for up to 10 minutes for trains, while evening and late-night trains would run every 10 to 20 minutes, according to authority budget documents detailed Wednesday in The New York Times.”

I can even (somewhat) deal with waiting longer, but that isn’t the biggest problem.  The problem is that I will not be the only one waiting longer.  So will the 400 other people in the train platform.  If there are already 400 of us waiting for the train, what are we going to do with the dozens  of people pouring down the stairwells right behind us?

The longer the time between trains means the more people there are waiting to get on the next train that comes.  Already there isn’t enough room on each train to get everyone on board.  Invariably, there is always some percentage of schmucks that can’t fit into the far.  The train is bursting a the seams because there is not a square inch of space left.  So, they have to wait for the next train.  Consequently, reducing the frequency of trains is only going to make that problem worse.

Every week SUWBAYblogger ends up posting something about how ridiculously crowded the trains are.  Now, it seems, every train is going to be like that all the time!  I can deal with a rate hike, but it hard to deal with the stress of battling your fellow riders for space on each train.  It is hard enough to function at that hour of the morning.

The proposed bus service changes would affect about 65 percent of the system’s routes, saving the agency $15.1 million yearly.