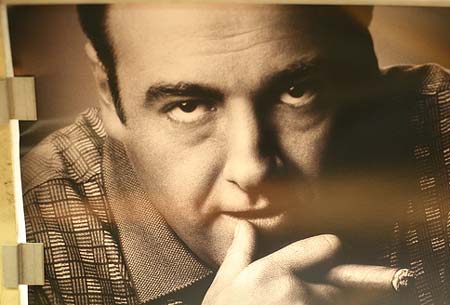 Every day it seems that there are more and more Sopranos ads for their debut on AE. You know what…quit toying with my emotions.

As a PAYING HBO subscriber, all I want to know is when the next 3 episode long season will air. This whoring out of HBO programming on cable is starting to bug me.

The campaign they have running on the subway has a sign that only says suitcaseofcash.com on it. Ooooo. How “viral” of them. What an original concept. I wonder what that site could possibly be about.

The subway seems to be a breeding ground for lame attempts at buzz marketing. Like the Secret deodorant ads, Sopranos, 6 Degrees, etc. I think they are missing the point.

Taking over an entire train or station with advertising isn’t buzz worthy. It’s just obvious that you gave a ton of cash to spend on buying worthless billboard ads.

Do a real subway viral marketing plan that is a little more creative. Maybe one that actually doesn’t screem LAME!